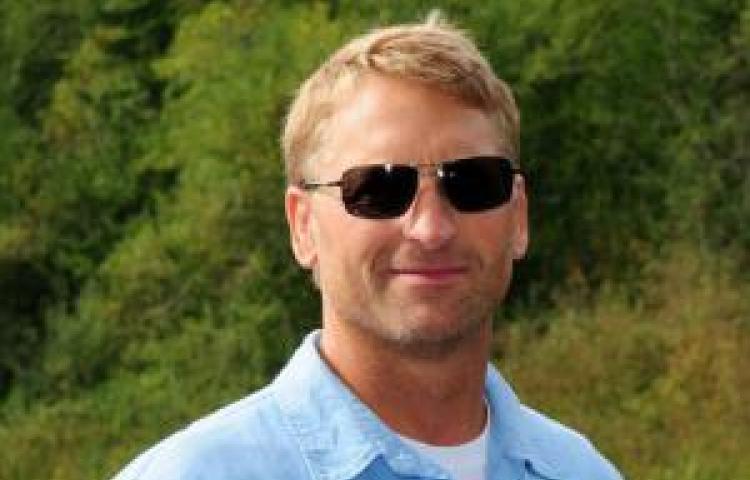 Scott spent several years studing yoga under the influence with world renowed yoga legends David Lynn and Mike Fox.  Mike and Dave are perhaps considered two of the best Yogis in North America-if not the world!  Google it!   Scott considers himself the best male yoga teacher in Burlington between Fairhaven and Walnut Street. Through numerous trainings, workshops, and studying all other styles of yoga, he can do it all.   Scott has developed a somewhat non-traditional teaching approach.  His classes include many traditional yoga poses and some we swear he just made up, he also draws on his own experience in the Marine Corp and as a head wrestling coach and football coach which also including his time spent as a personal trainer and  training high school athletes in order to create a great class and a guaranteed awesome workout. His classes are non-judgmental and non-competitive, with all levels welcome.

When Scott isn't practicing yoga, you can find him drinking beer and smoking cigerettes out in the back alley. This is the time where he gets his best ideas and increases his prana (lung capacity). He also frequents many of the local pubs here in town, where you can find him very inebriated, yet inspiring. Some have found him meditating on mountainous peaks pretending that he is enlightened similar to every other yoga instructor's bio you will find online pretending to know something that you don't. Occoasionally, on days that end in a "Y" he is found across the street at the Rail Road Pub having a frosty brew with Kim, Jessie, Greg, Sully,  Aaron, Jay, Kinsey, Julie, Eric, your mother, and Nick.  If you see him there, don't disrupt his Qi (chee) by saying hello, just give him a namaste bow and buy his next drink.